Every day about 1,000 people in the United States require emergency care for an injury from a dog bite. A 2008 study found that medical costs associated with dog bite injuries are about $18,200, or 50% higher than the average cost for a hospital stay. Dog bite injuries are often the result of traumatic attacks and can cause serious bodily harm including nerve damage, scarring, and the risk of infection.

In 2012, about 5 million Americans suffered a dog bite, but only 16,500 filed an insurance claim. Most dog bite injuries go unreported and the victim is left to pay for damages herself. Many people do not file claims for dog bite injuries because:

Victims of dog bites will be offered more compensation if they file a claim with the insurance company through an attorney. A dog bite injury attorney will know how to best work with the dog owner’s insurance to recover full compensation for physical and emotional damages.

In 2007 Tennessee passed the Dianna Acklen Act that put an increased responsibility on dog owners for injuries caused by their pets. Dianna Acklen was a 60-year-old woman who was killed in 2006 after being attacked by three dogs in her own neighborhood. Tennessee used to have a “first-bite” law that released a dog owner from liability if the dog had never bitten or attacked anyone before.

There are several exceptions to the law, including:

If a dog bite injury occurs on a residential or non-commercial property, the victim is required to prove that the dog’s owner knew about the “dangerous propensities” of the animal.

Dog owners can be held responsible for injuries if the owner’s negligence led to the injury.

If you or a loved one has suffered an injury from a dog bite, you may be entitled to compensation for medical bills, lost wages, and physical and emotional pain and suffering. Call our offices today at (615) 244-4511 to schedule a free consultation and begin your case. 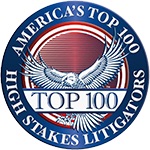